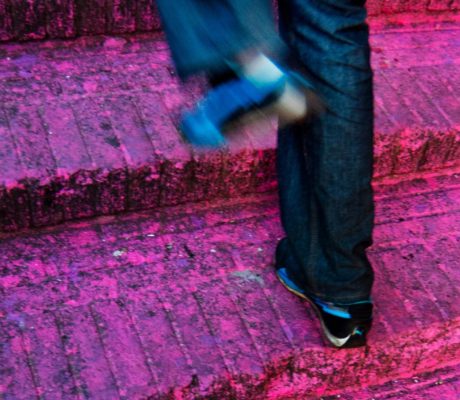 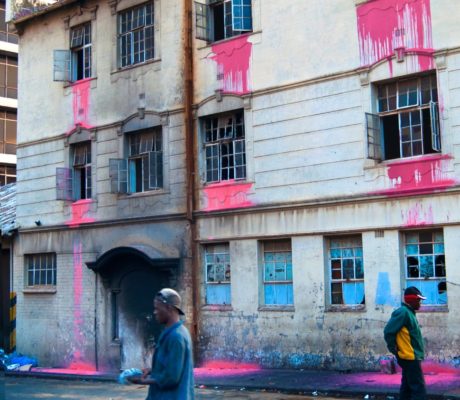 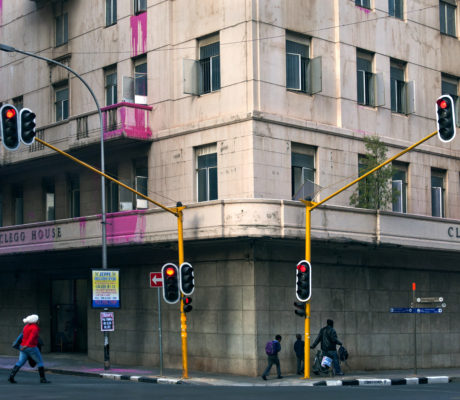 Description:
The Beware Of Colour campaign simply questioned why there are so many privately and publicly owned buildings that are unused and decaying in Johannesburg’s Central Business District. Given the housing crisis, it was felt that these abandoned properties are emblematic of a broken governmental system. The project highlighted these spaces by pouring hot pink paint down the facades of nine buildings in the middle of the night.

The people, the location, virtual reach
With the help of John Wood, a photographer documenting illegal immigrants squatting in empty buildings in downtown Johanesburg, Yazmany identified buildings to paint. Nine historic buildings were chosen mindful of not bringing attention to ones inhabited. They then approached developers under the guise of proposing fashion photo shoots in the buildings in order to get access into the buildings, photograph the spaces and assess safety and circulation patterns.

Painters, photographers, and print-makers together decide on the style of painting. Once the idea was solidified, they spread the word over a period of three weeks. More than thirty local creative agents of all colours and creeds joined nightly excursions to help paint and document the process. Friends invited friends. All showed up after midnight wearing their old clothes, their curiosity, and their courage. They start in the cold nights of the last week of June and finish in the first week of August.

A Tumbler page was set up to publicize the intention for the project and to share the experience globally. The media was not deliberately engaged, but took notice and began reporting on the project as the painting proceeded. Most of the news coverage was local, the Johannesburg Star covered it three times, City Bus and the Mail & Guardian also wrote on the subject. Internationally, The Guardian, Artnet, and Curbed covered the project. A few blogs in Johannesburg also covered it.

Creating Dialogue:
Yazmany asserts that in South Africa ‘there still remains a lot of tension and this kind of project allows for space to dissect and really understand what’s happening between people from the perspective of politics, skin colour, religion, and any or all categorizations of humans.’

Yazmany was arrested during a painting session at Shakespeare House, but managed to persuade police officers to let the other artists leave. He says the authorities were considering charging him with “malicious damage to property,” but this was dropped when he argued that the building already had no windows, and was covered in graffiti and rubbish. The charges were dropped (a day later) because the judge and prosecutor agreed that the charge would not hold up in court—you cannot damage a property that is already in such disrepair.

Cultivating a Creative Class:
The project purposefully engaged local artists to think about different ways in which to qualify art, to allow it to be more dynamic and to speak to contemporary life. Njabulo Senzo Shabangu, said the artists discussed that ‘often in the developing world, art can be characterized as, and is often limited to, objects like paintings, sculptures, things that people can buy. This is challenging because the commercialization of art we associate with African artists is mostly based on craft, murals, paintings of elephants, targeted at tourists. It becomes flat very quickly.’ 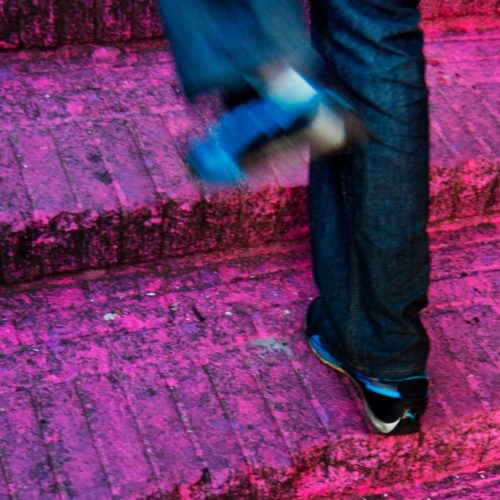 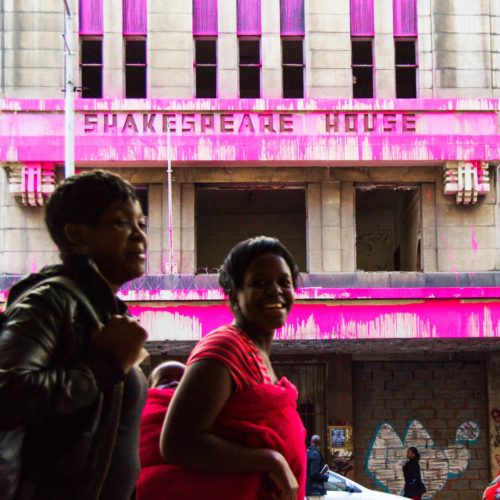 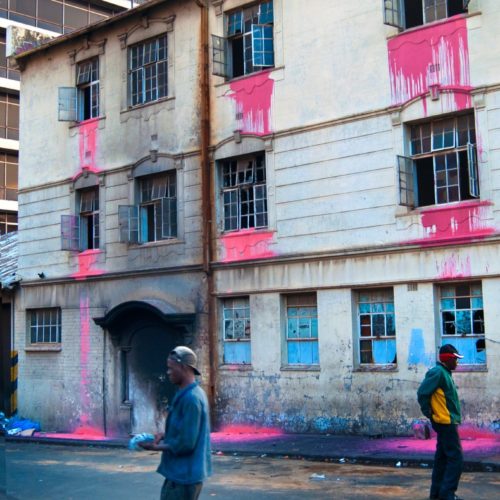 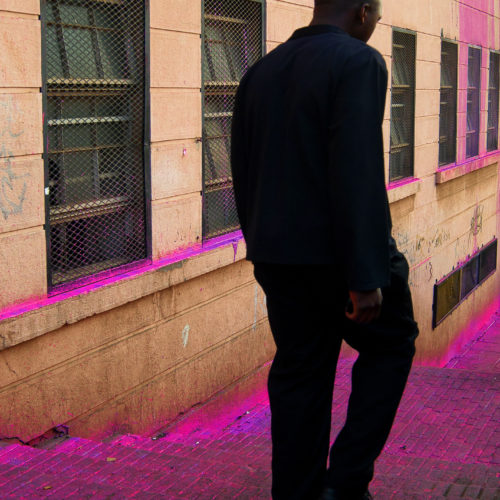 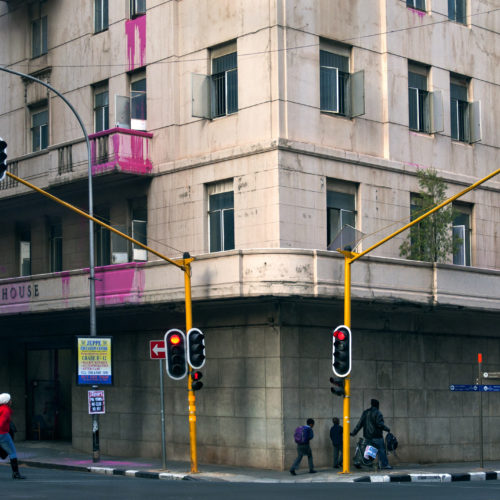 Changing the City
The washable paint retained its imprint for a weeks. However, the dialogue that ensued in the press during and after the project was followed by the city moving forward with a plan to renovate the entire neighborhood.

Many community members verbalized how these ‘broken windows’ lead to other types of vandalism and disrespect for the public spaces around these properties. The project playfully and literally highlighted the buildings altering the conversation about them entirely. The fluorescent intervention shifted how passers by and neighbors alike thought about these environs and their potential.

Herbert Prins, acting chairman of the Egoli Heritage Foundation published a statement calling the paintings “reckless” and “ill-considered” but agreed that “there is good reason to protest, “The buildings ‘attacked’ by the demonstrators have stood neglected and unloved for years (if not decades),” Prins wrote. “The City of Johannesburg, the Gauteng Provincial Government and the National Government that should be custodians of heritage chose to be ineffectual notwithstanding that they have the necessary statutory powers to intervene.”