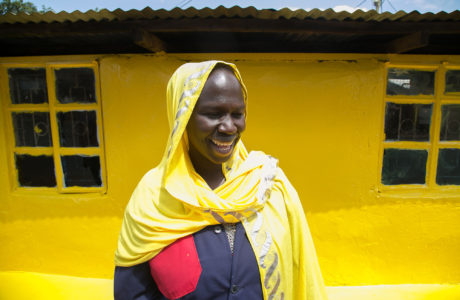 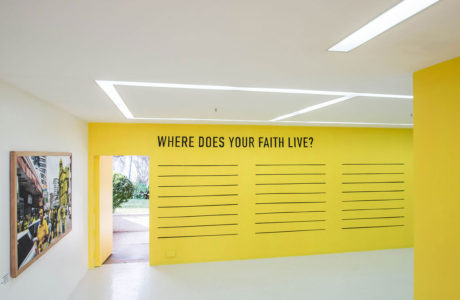 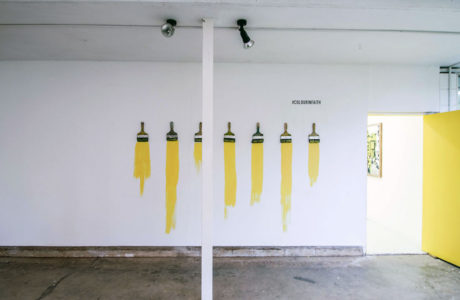 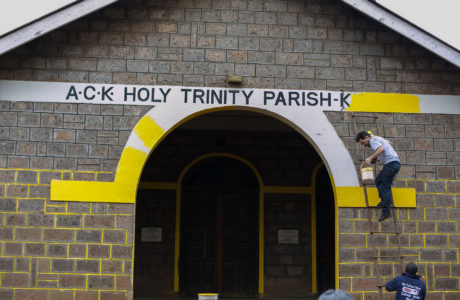 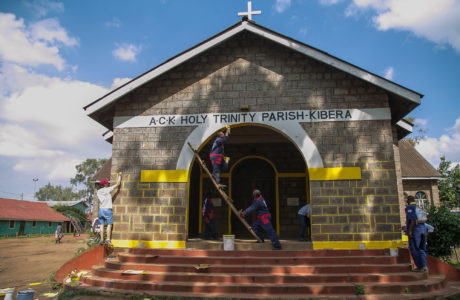 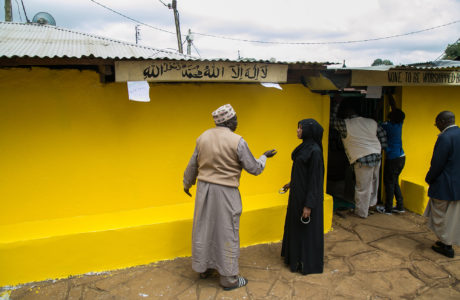 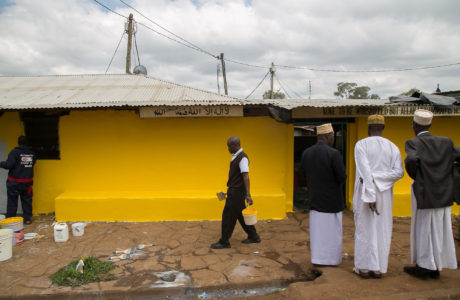 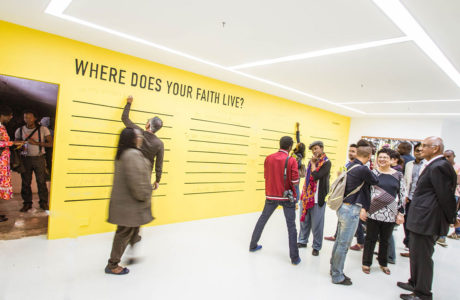 The idea is to focus on houses of worship (e.g. churches, temples, mosques and synagogues) and colour the physical structures that hold these communities together yellow. The colour would symbolize and speak to LOVE as the most important notion in any religion. Colouring the buildings would highlight the idea that there is more that unites than divides us as a people. Painting the buildings would represent a catalytic event that expresses the progress in community unity, belief in love and an expression of inclusivity as a result of the project.

Conceived as a multi-city project, Colour in Faith is a social movement celebrating religious pluralism. The orchestration began in Nairobi in June 2015 and is still ongoing. It creates a space for the expression of faith in humanity and universal values. The orchestration would bring faith outside of the walls of institutions into an experience of encounter, expression of common acceptance and tolerance, and offer the opportunity to those of many faiths to extend their reach beyond and across institutional walls. The historic culture of pluralism gets reflected upon, honored, and expressed in the public realm.

The artist worked with limeSHIFT’s partner civic engagement organization inCOMMONS to engage stakeholders and develop a project that combines practices in peace-building with art. Initially engaging with national inter-faith and reconciliation organizations, the team quickly shifted gears to working directly with houses of worship. By September 2015, after three months of meetings with religious leaders and youth, fourteen houses of worship had committed to painting their buildings yellow!

As part of the initiation of the project, a poetry jam was held with Kenyan culture makers PAWA 254 and Fatuma’sVoice to which more than 120 people attended and 20 performed and as many volunteered to help implement the project.

Yazmany Arboleda and inCOMMONS launched the project at The Circle Art Agency where he installed renderings of images speaking to the theme and an interactive art piece that asked ‘Where does your faith live?’ The initiative was nominated for the Airtel DxD Awards, and featured in the East African and UP Magazine. The Heinrich Boll Foundation contributed funds toward the launch and Sadolin Paints, The Circle Art Agency, PAWA 254, and Fatuma’s Voice all contributed in kind.

The painting of buildings will be preceded with peace-building workshops. The first three houses of worship will be painted in peri-urban areas of Nairobi in May 2015.

Creating Dialogue & Catharsis:
The project was initiated through a discussion facilitated by inCOMMONS between Kenyans and the artist about growing national anxiety around terrorism, and the reframing of faith on negative terms. Kenya in recent years has been in the limelight of the global experience of fundamentalist voices and acts of terror justified on religious grounds. This is particularly sad because Kenya has had a long established culture of religious acceptance, tolerance, accommodation and exchange. These cultures are undermined by an infusion of hard-lined interpretations of faith and the deepening of a global identity based on media stories about division, terrorist attacks and insecurity. The discussion underlined a fear that cultural polarization as a result of these attacks would have intolerant fanatics succeed in dividing societies.

The call was for an intervention that would facilitate a form of inclusive communication that would allow those who believe in acceptance, love and harmony to express these values, and reinforce them within themselves and with others. The call was also for collective action and a strengthening of community. 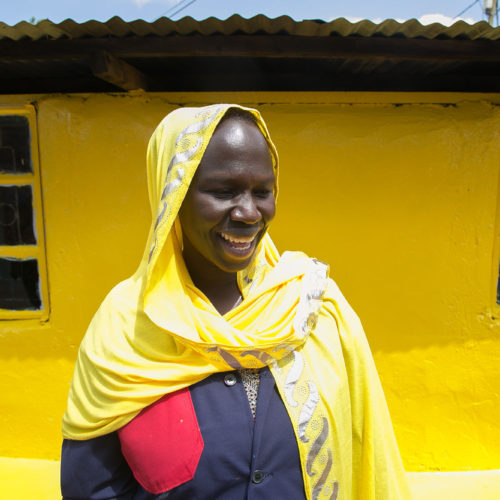 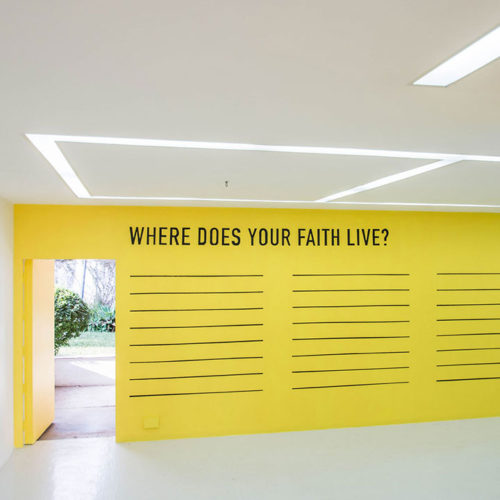 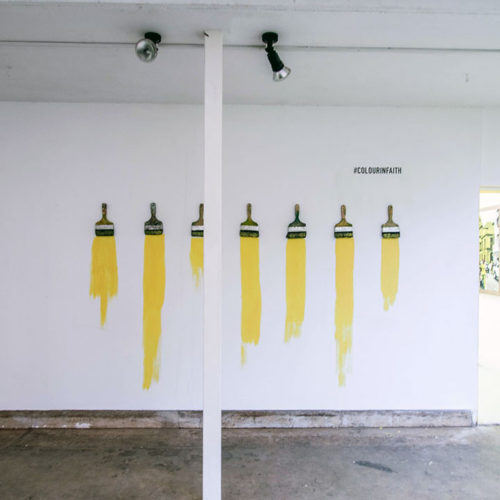 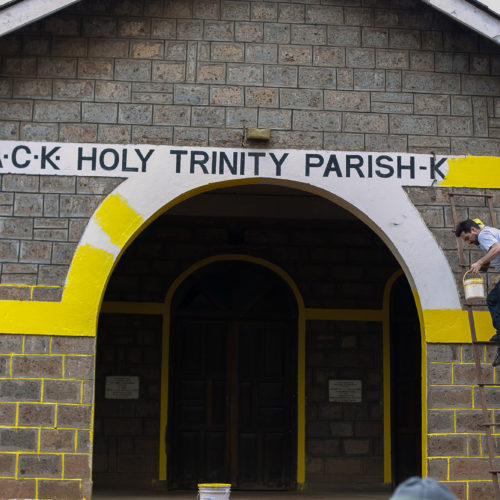 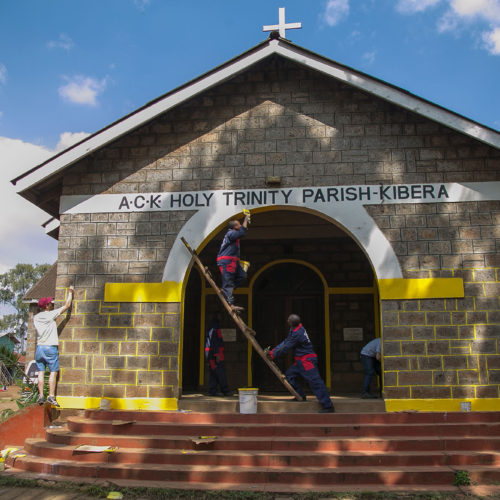 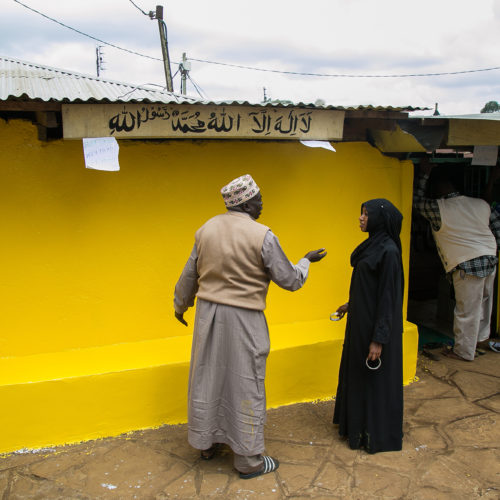 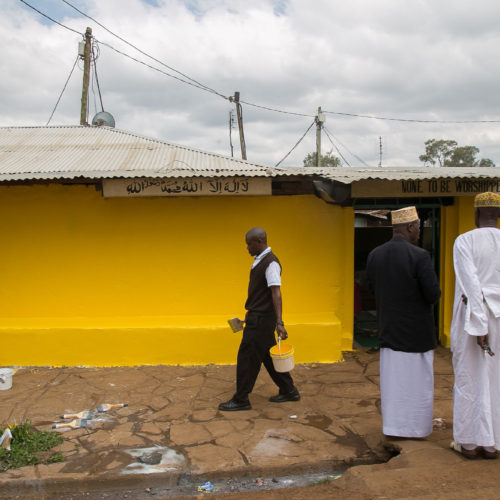 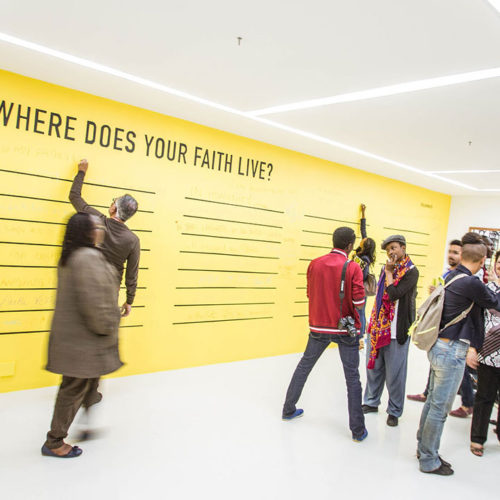 Using the convening power of religious institutions and their spaces workshops will be held using peace-building methodologies. The content would focus on personal introspection and peace-building capacity, as well as creating enlightened communities that activate faith across boundaries. Skills in the following will be enhanced:

(1) Self-awareness and self-esteem;
(2) Communication: listening, speaking and observing;
(3) Understanding self and others
(4) Addressing Anger & Violence through Conflict Resolution, Cooperation & Trust.

Words from Pastors of the Unity of Pastors, Kangemi
“Peace is like a cup of tea in Kenya; we need it”
“Once we spread this message, people will feel at home.”
“The baby is here (the Colour in Faith project). Now is to call others to see the baby, and grow the baby”