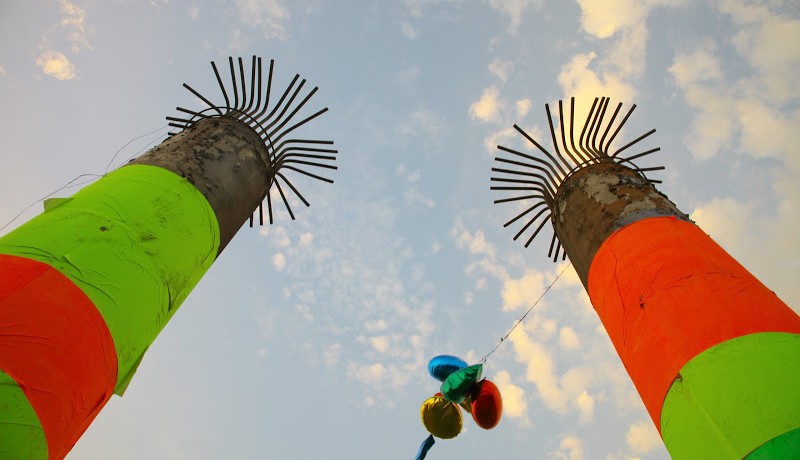 At limeSHIFT, we believe that everyone is an artist, unlocking creative potential to imagine new sustainable solutions to old problems. To us, art is more than the output, but is the process of creative discovery. Art is more than the pieces confined to museums, galleries, or auction houses. Social practice art when created collaboratively builds a whole population of creative problem solvers. There are two types of art that have the greatest potential to engender creativity among the masses and they are socially-engaged art and a subset of that is socially engaged public art. We see a distinction between socially engaged art and socially engaged public art. Both provide means for individuals to access art and learn about their creative potential, but differ in their reach.

Socially engaged art is the practice where an artist works with members of a community to collectively create a work of art that is not displayed in the public realm nor is it designed to engage with a larger external population. This work of art can be a performance piece, sculpture, painting, or media, to name a few creative outlets. For example, the Culture for Change program funded through the Barr and Boston Foundation partnered artists with youth to explore structural forms of discrimination. Groups of 10-15 youths worked with an artist and through workshops and facilitated sessions created pieces to articulate their experiences with racism. The participants, went from having minimal experience with art to using art to overcome feelings of fear and anger brought on by their run-in’s with discrimination. Furthermore, by using art to explore difficult topics, the participants now have a robust toolbox by which to think critically and creatively about sensitive topics.

Socially engaged public art, another aspect of socially engaged art, which is distinguished by it being displayed in the public realm. It is co-created with community members and actively engages onlookers. Through this experience, co-collaborators are not only learning creative processes that can be  applied to multiple other disciplines, but also given an opportunity to directly connect with their surrounding community. The goal of these types of engagements is to remind an entire community of their collective humanity and focus on the ties that bind individuals together. A notable example of this is a project called Rus Lima, Self-Made Playground by an art collective Basurama and residents from a community in Lima, Peru. They wanted to reframe people’s perception of neglected urban spaces by reusing materials that would ordinarily be considered trash. By taking scrap objects and reusing them to create a playground, not only did the collaborators learn about place-making and civic engagement, but also the residents now have a new public amenity.

At limeSHIFT, we seek to empower artists doing this type of work by exposing them to new audiences and helping them make their art practice more impactful. We match these artists with organizations seeking to engage employees in the definition of the company’s values and brand. Through artist-led co-creation facilitation, limeSHIFT empowers employees to think creatively, communicate openly, and build closer relationships with colleagues and the organization.

Our Beta Exploration: Can Creating Art Increase Your Profits?